'One Of The Best Nature Shows': A River Transformed After Dams Come Down » Mortgage Masters Group
23951
post-template-default,single,single-post,postid-23951,single-format-standard,bridge-core-1.0.5,ajax_fade,page_not_loaded,,qode-child-theme-ver-1.0.0,qode-theme-ver-22.5,qode-theme-bridge,wpb-js-composer js-comp-ver-6.2.0,vc_responsive

‘One Of The Best Nature Shows’: A River Transformed After Dams Come Down 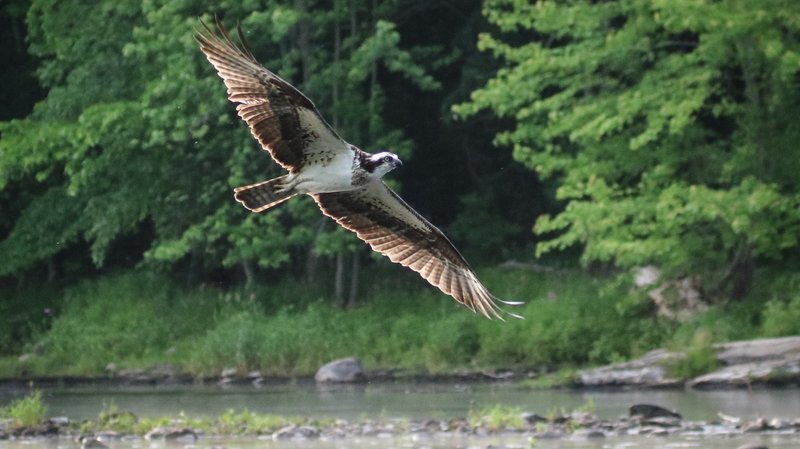 Along central Maine’s Sebasticook River, the first thing you’ll notice are the birds. Eagles are everywhere, wading on gravel bars and chattering from the trees.

It’s a dramatic sight, as the bald eagles swoop to catch fish from the river. And it’s a sight that Brooke predicted for this region, more than 20 years ago. That’s when he began advocating for the removal of a large hydroelectric dam downstream, on the Kennebec River. The Edwards Dam came down in 1999 after the federal government ordered its removal, saying the ecological costs outweighed the benefit of the power it provided.

That was the first such order and it boosted what is a growing trend. Now, dozens of aging dams are removed from U.S. rivers every year.

When Brooke and others began talking about getting rid of the Kennebec dam and another dam at the mouth of this tributary, many Mainers didn’t see the point. There were hints of the Sebasticook’s former productivity; 3,000 year-old fish traps built by the Wabanaki people were found in an upstream lake. But Brooke says many people had never seen a large river system in its natural state.

“In the Pacific, they’re restoring rivers because they still have runs of Pacific salmon,” Brooke says. “Here on the East Coast the rivers have been dammed since the 17th century, and so it’s very hard for people to understand what’s missing.”

Part of what’s missing from many Northeast rivers: alewives.

The half-pound herring swim up from the ocean to spawn in May and June. Brooke says alewives, and their close cousins blueback herring, are keystone species in their native habitat, fundamental building blocks of the ecosystem. They funnel millions of pounds of protein from the ocean into the rivers and everything that moves, it seems, will eat an alewife.

Gail Wippelhauser is a fisheries biologist with Maine’s Department of Marine Resources, and has been working in the Kennebec watershed since 1995. She’s had a river-level view of the recovery. Wippelhauser says in some places, it looks like this river is paved with fish, just like in historical accounts from before the Industrial Revolution.

“And the expression is you could walk across the river on the backs of fish,” Wippelhauser says. “And it looks like you could, because it’s solid fish, all the way across, and all the way downstream for as far as you can see.”

Wippelhauser says after two dams came down — the large one in 1999 and a smaller at the mouth of the Sebasticook in 2008 — fisheries managers helped the fish over other dams further upriver. Then the alewife population exploded.

Now the Sebasticook has the nation’s largest run of alewives and blueback herring. There’s even a commercial harvest, mostly for lobster bait.

And many other migratory fish are using the river. Striped bass school in the deeper runs, seeming out of place many miles above the ocean. American shad hang on the edges of the current, sea lamprey build big nests on the gravel bars, and juvenile American eels, just in from the Sargasso Sea, wriggle upstream in the shallows.

Dave Scott lives nearby and has fished along the Sebasticook River for 19 years. Although he’s fished all over the state, he says this is one of his favorite spots because, since the dams came down, there is always something to see. Sometimes he just puts his rod down and watches.

“Right about two miles from my house is one of the best nature shows,” Scott says. “I just come down here to relax sometimes, just to watch the birds fly.”

A count in mid-June found 190 eagles along the river. It’s quite a change from a dozen years ago, when the lower Sebasticook was a pretty, but unremarkable dammed river.

Steve Brooke says the Sebasticook shows what could happen elsewhere, when other dams come out, to bring back free-flowing rivers and wild, native fish.