BEST PLACES TO LIVE IN FLORIDA 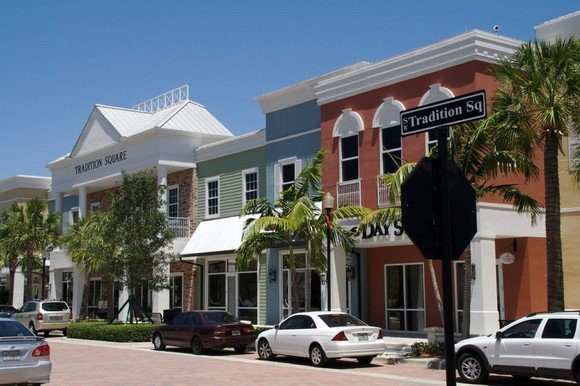 Whether you’re heading for retirement or just want to escape harsher winters, it might be time to move to Florida.

While retirement might be a good excuse to head south, there are plenty of cities that are great for young families or those looking to expand their families as well as single people looking to meet someone new. A number of Florida cities are some of the best places for single peopleOpens in new tab..

Your needs will determine which cities are best for you based on your needs, family size, cost of living and other factors. Here are the top cities in Florida.

Whether it’s family-focused or has a sprawling nightlife, these Florida cities might be appealing enough for you to make a move.

Part of the Treasure Coast, It’s where many baseball teams have their spring training and it’s normal to travel to other neighboring cities to catch a game. Right now, the median home price is $251,050 – up 4.6% from this time last yearOpens in new tab..

Just south of Tampa, Sarasota is on Florida’s Gulf Coast – the west coast of the state. The 35 miles of beachfront are appealing, especially if you’re looking for stellar sunsets on the Gulf of Mexico. If you’re looking to hit the theme parks, Orlando is a 2-hour drive away.

Lakeland sits between Tampa and Orlando and is, in fact, filled with lakes – 38 to be exact. Frank Lloyd Wright designed several buildings at Florida Southern CollegeOpens in new tab. – a school known for its beautiful architecture.

St. PetersburgOpens in new tab. – not to be confused with the city in Russia – is also on Florida’s Gulf Coast. It’s one of the most dog-friendly cities in the nation and was the first city to build a water reclamation system. The median list priceOpens in new tab. on St. Pete homes is $274,994 – up almost 9% from this time last year.

It’s got plenty of professional sports: the Bucs (football), the Lightning (hockey) and the Rays (baseball). Median list prices in TampaOpens in new tab. are up more than 12% from last year, now at $315,012.

Orlando is right behind Tampa in population – the state’s fourth-largest . Home to more than a dozen theme parks, including the biggest one of all: Walt Disney World. There are 100 lakes in Florida (sorry, Orlando, Lakeland was incorporated first!) and you can enjoy scenic routes all over the city. It’s also home to Orlando City, a Major League Soccer team, as well as MBA’s Orlando Magic.

MiamiOpens in new tab. is home to almost half a million people while still being one of the world’s biggest tourist destinations, seeing more than 14 million of them every year. The city was founded by Julia Tuttle – the only city in the nation founded by a woman. It’s known for its art, nightlife and weather. Suntan lotion was invented in Miami. But it comes with a hefty price tag: the median home price in Miami is almost half a million dollarsOpens in new tab..

Pensacola is so west that it runs on central time – not eastern, like most of Florida. It’s closer to Mobile, Alabama – an hour away versus other major Florida cities (the state capital, Tallahassee, is about 3 hours away). You can expect quick commutes, pretty beaches and low cost of living in this panhandle city.

Like many other great Florida cities, Cape CoralOpens in new tab. sits along Florida’s Gulf Coast. Hope you bring your boat (or get one) when you move since it has the most navigable waterways in the world. Median list prices for homesOpens in new tab. here are $268,962 – nearly 10% more than last year.

The southwest city in Florida – not in Italy – is known for its amazing beaches, golf courses (it’s the golf capital of the world) and art. It’s one of the biggest tourist-driven cities in the state and home to some amazing nature preserves.

If you’re considering Florida for you and your family, there are some cities that are more family-friendly than others.

The city of JacksonvilleOpens in new tab. is the largest in the continental U.S. – it’s over 840 square miles. It’s full of rich Florida history and great restaurants. It has the longest-running professional dining theatre in the nation! With all that land, it’s no wonder you’ll get a great deal on a home there. Median list prices in JacksonvilleOpens in new tab. are almost $226,000.

Just outside of Orlando, Winter Park was originally crafted to be a place for wealthy Northerners to escape cold winters. The median family income is $117,264 with more than 90% of the city’s population living above the poverty level. Like neighboring Orlando, there are lots of lakes, even for a city that’s nine square miles.

Melbourne is southeast of Orlando and part of Florida’s Space Coast since it’s so close to the Kennedy Space Center. It’s full of rich historical sites, with a portion of the city sitting on a barrier island. The weather is great for most people, averaging 72 degrees and 300 days of sun every year.

Outside of Tampa but still in Hillsborough County, 30% of Valrico’s homes had children in them. It’s got a small-town feel without feeling too spread out – there are less than 40,000 residents. The median home values here are $220,000.