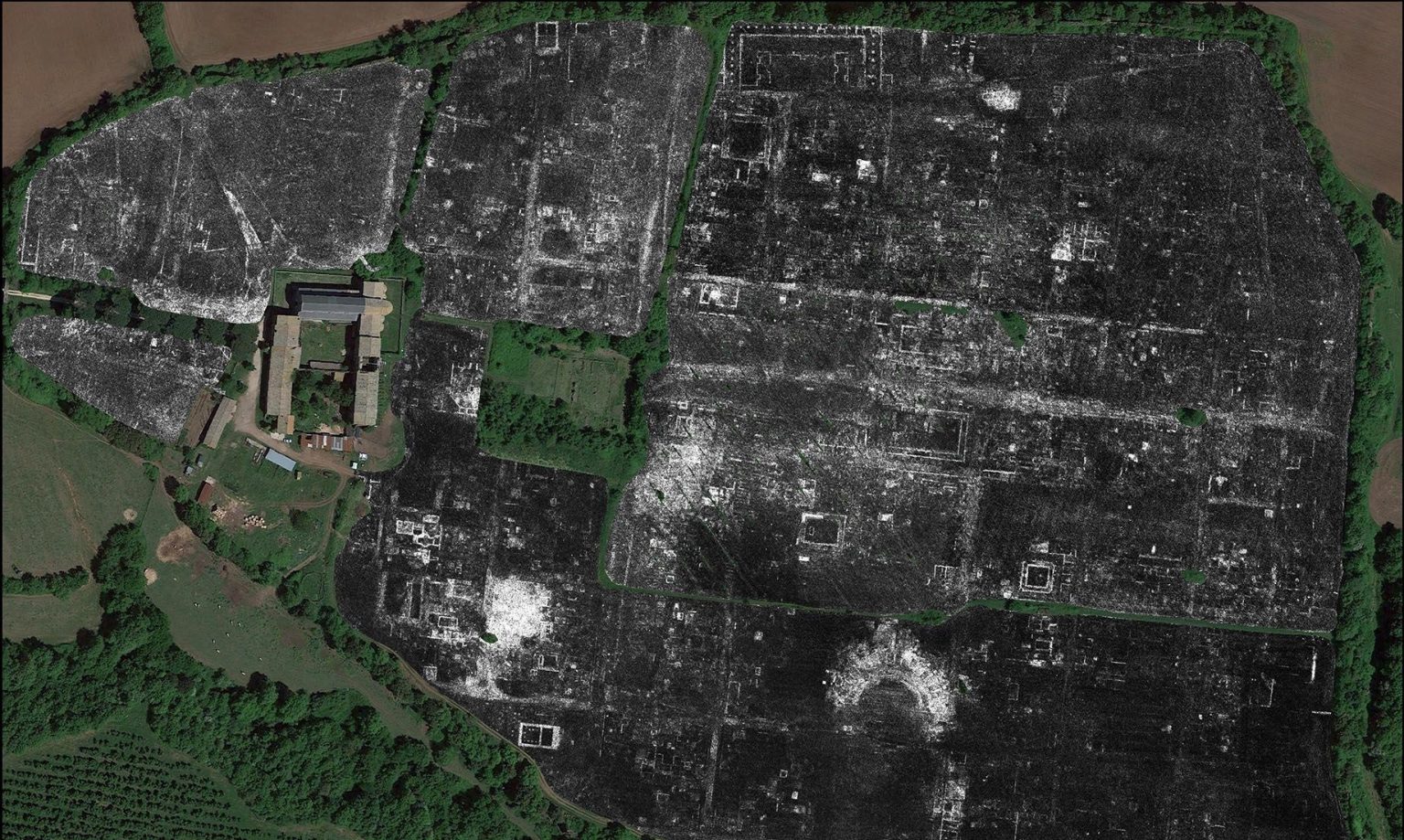 For some years now, archaeologists have been employing a technology called ground-penetrating radar (GPR) to discover what lies beneath their feet without the risk of damaging ancient artifacts and structures with shovels and trowels.

Over the years the technology of GPR has advanced, and it was recently used to produce a map of an entire Roman city buried underground without overturning a single grain of soil.

The GPR produced images of the roman city of Falerii Novi in stunning detail, revealing the existence of a market, roads, a temple, monuments, and a bath complex with a network of underground pipes suggesting a sophisticated plumbing system.

The team, from the University of Cambridge and Ghent University, were able to map the city in layers, and deduce how it changed over time; something that could only be done previously with risky, costly, and laborious excavation processes.

“The astonishing level of detail which we have achieved at Falerii Novi, and the surprising features that GPR has revealed, suggest that this type of survey could transform the way archaeologists investigate urban sites, as total entities,” said Professor and author of the discovery’s corresponding paper, Martin Millett from the University of Cambridge in a statement.

Furthermore, different kinds of radio waves can be thrust into the ground to create even more detailed images—including catching anomalies that not have been detected by other forms of radar. The forum tabernae (shop units) appear, for example, in an earlier magnetometer survey, but not in the GPR survey.

One small problem with the technology was encountered however: the sheer amount of data required for such detailed imagery necessitates around 4.5GB and 20 hours of manual computer work per-hectare surveyed, and the authors suggest that assistance from new computer processing programs may be needed in the future.

GPR works like regular radar, bouncing radio waves off objects and using the ‘echo’ to build up a picture at different depths. By towing their GPR instruments behind a quad bike, the archaeologists surveyed all 30.5 hectares (90 acres) within the city’s walls, taking a reading every 12.5cm.

Falerii Novi was just under half the size of Pompeii and was located 50 km north of Rome. It was first occupied in 241 BC and survived into the medieval period until around AD 700. Although small, Falerii Novi is characterized by some truly remarkable details.

In a southern district, just within the city’s walls, GPR revealed a large rectangular building connected to a series of water pipes which lead to the city’s aqueduct. Remarkably, these pipes can be traced across much of Falerii Novi, running beneath city blocks and houses in a meticulously-organized system of plumbing, rather than only alongside them as has been documented in other places, such as Crete.

The team believes that the large-rectangular structure was a natatio, an open-air pool close to the bathhouses, forming part of a substantial public bathing complex—a sort of Roman waterpark.

Even more unexpectedly, near the city’s north gate, the team identified a pair of large structures facing each other within a porticus duplex (a covered passageway). They know of no direct parallel in existing Roman architectural sites but believe these were part of an impressive public monument.

“It is exciting and now realistic to imagine GPR being used to survey a major city such as Miletus in Turkey, Nicopolis in Greece or Cyrene in Libya”, Millett said. “We still have so much to learn about Roman urban life and this technology should open up unprecedented opportunities for decades to come.”

POINT To This Historic Find on Social Media, By Sharing With Your Friends…