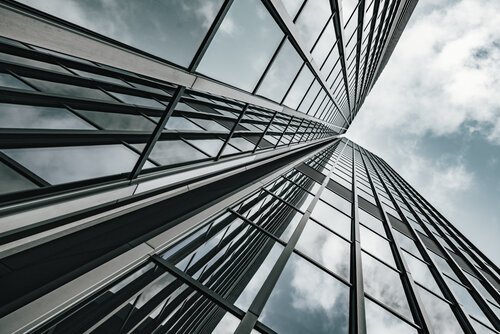 As vaccination rates rise nationwide, commercial real estate is likely to post gains across all sectors, fueled by pent-up demand and a high level of consumer savings, said leading economists.

The predictions were presented as part of the National Association of Realtors®’ “Real Estate Forecast Summit: Commercial Update” webinar.

The U.S. economy will continue to improve in 2021, said Lawrence Yun, NAR’s chief economist, and that improvement is likely to drive gains across most commercial real estate markets.

Despite job losses and lower GDP in 2020, Yun said personal income was actually up by 10.7% in the second quarter of 2020 and 4.3% in the fourth quarter, thanks to federal stimulus measures, which included direct payments and unemployment compensation. The higher income, he explained, combined with reduced activity due to the pandemic resulted in an elevated savings rate. This build-up in savings could result in a strong economic resurgence once the COVID-19 vaccine distribution becomes widespread and consumers are freer to pursue pre-pandemic levels of activity. “Once we reach herd immunity, all these savings could be unleashed,” said Yun. “It could be as soon as the second half of this year.”

Yun noted that the multifamily sector could also be a beneficiary of increased spending later in the year as renters return to the market. He added that the shortage of affordable housing and the pandemic-related trend of additional family members joining households may act as further spurs. “Jobs are being created, and people may be tired of being cooped up with family,” he said. “Some may rent simply because they are being choked out of the home-buying market by rising prices.” Yun predicted GDP growth of 4% and job gains of 3 million for 2021.

Calvin Schnure, Nareit’s senior vice president of research and economic analysis, said that the trajectory of CRE recovery in 2021 will be different from previous recoveries after economic downturns and that the recovery is likely to be much faster. “The way we got here matters,” he said, noting that unlike the Great Recession, the economy and CRE turned down in 2020 due to an external shock rather than internal weaknesses, such as overheated or over-leveraged markets. “CRE fundamentals were pretty good in 2020,” he said. “Supply and demand was reasonably balanced in most sectors.”

Schnure also stated that there were differences in the way the work-from-home phenomenon affected office and multifamily vacancies and rents. So-called “gateway citiesOpens in new tab.,” such as San Francisco, Washington, D.C., and Boston, experienced an increase in vacancy rates and steeper declines in rents in both office and multifamily, while vacancies actually declined and rents grew for both sectors in some smaller cities. The changes for both types of cities, he noted, could be transitory. “Work from home is having a real effect, but I’m not sure if this is permanent. Some signs suggest this may be temporary.”

Improvement in the retail sector is anticipated, said Brandon Hardin, NAR’s research economist, as the vaccine becomes more available in the second half of 2021. Retail and foodservice sales were already in recovery as of January 2021, he stated, exceeding April 2020 by $155.4 billion for a total of $568.2 billion. “Retail should attract new customers and retain current ones,” said Hardin, though he did note that the retail rebound does ultimately depend on how comfortable consumers feel going into stores. He also stated that adaptive reuse in the retail sector will create opportunities.

E-commerce showed strong growth throughout 2020, Hardin said, totaling $791.7 billion in sales, an increase of 32.4% over 2019. He predicted that e-commerce sales will continue to increase, though the pace may be slower than it was in 2020.

Industrial has also emerged as a bright spot in commercial, Hardin said, partly driven by the need to support e-commerce. Warehousing and storage jobs in February 2021 posted year-over-year increases of 72,400 jobs, he said, and industrial posted positive rent growth in the fourth quarter of 2020, as well as occupancy gains for 80% of markets in 2020. Hardin’s outlook for industrial was optimistic: “Strong demand will continue.”

Gay Cororaton, NAR’s senior economist and director of housing and commercial research, noted that land, industrial, and multifamily were all bright spots, posting year-over-year increases in sales prices in the fourth quarter of 2020 (4%, 2%, and 1% respectively). In addition, she predicted that office-using jobs could be back to pre-pandemic levels by the second quarter of 2022. However, she noted that the work-from-home trend could continue to impact the office occupancy rate. “Even if jobs return,” she said, “I think we will continue to see an uptrend in vacancy rates.”

Cororaton predicted positive trends in occupancy rates for multifamily, industrial, and retail—and for retail, she included brick-and-mortar stores in that optimistic prognosis. “Experiential shopping will continue,” she said. “Brick-and-mortar retail won’t go away. People aren’t going to shop only online.”