Dad of toddler in viral hugging video speaks out: 'It's a beacon of hope' » Mortgage Masters Group
23907
post-template-default,single,single-post,postid-23907,single-format-standard,bridge-core-1.0.5,qode-page-transition-enabled,ajax_fade,page_not_loaded,,qode-child-theme-ver-1.0.0,qode-theme-ver-27.3,qode-theme-bridge,wpb-js-composer js-comp-ver-6.7.0,vc_responsive

Dad of toddler in viral hugging video speaks out: ‘It’s a beacon of hope’ 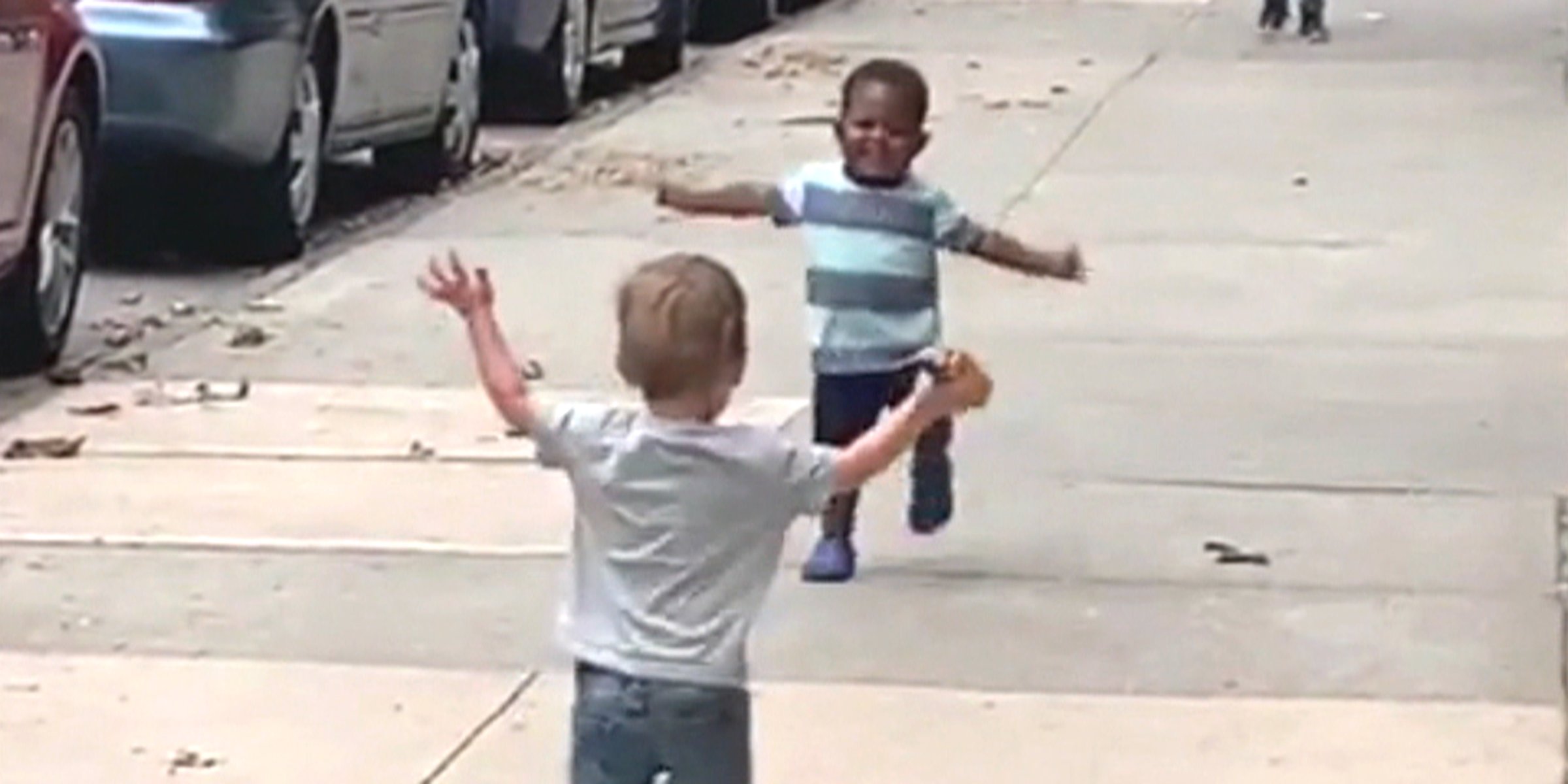 Best friends Maxwell and Finnegan became internet superstars after a video of the 2-year-olds running toward each other to share a hug on a New York City street went viral last September.

Amid worldwide protests over the death of George Floyd and racial injustice, the clip is resurfacing with a whole new meaning. Maxwell, who will turn 3 in July, is black, and Finnegan, 3, is white.

The little boys and their parents were included in Saturday’s CNN town hall in collaboration with “Sesame Street,” which focused on kids and racism.

In the sweet interview, Finnegan’s mom, Erica Russo McKenna, told CNN that “Maxwell and Finnegan really compliment each other well. Finnegan is a bit of a daredevil, but Maxwell is more like the voice of reason, and they challenge each other. They have a really special friendship.”

At the end of the call, Maxwell exclaimed, “Bye Finnegan, I love you!”

In the original video from last year, the toddler boys saw each other on the street and spontaneously ran toward one another for an enthusiastic embrace.

“We didn’t really expect any of this. It was just our boys being our boys,” Maxwell’s dad, Michael Cisneros, told TODAY. “We just thought it was a great moment. We shared with family and friends. Our friends said it’s beautiful you could make it go viral. I put it on my Facebook and kept blowing up.”

He continued: “I didn’t see it at the time, but I see it now. It was a beacon of hope. It shows love and what the future could be like if children were raised in a different way … It’s going to be kind of iconic. I’ve gotten messages from people all around the world.”

The video garnered more than 1.2 million views on Facebook and 13,000 shares.

In light of recent events, Cisnernos added, “George Floyd may be a catalyst to a revolution we need. I’m super proud the video has brought so much happiness and hope.”

The boys’ parents have also created an Instagram account for the best friends in an effort to tell their story and share educational content that addresses the question, “How do we enact change?” Cisnernos said. “I feel what every parent of a black child feels — it’s scary. How do you give them security without building anxiety?”

“Looking to better days,” read the caption of one recent post.

Cisnernos wants the families’ story to be a positive influence in the ongoing movement against racial injustice, but he has high hopes for the little boys, too.

“I hope we raise two little activists,” he said. “Children do see color, but it doesn’t matter to them.”