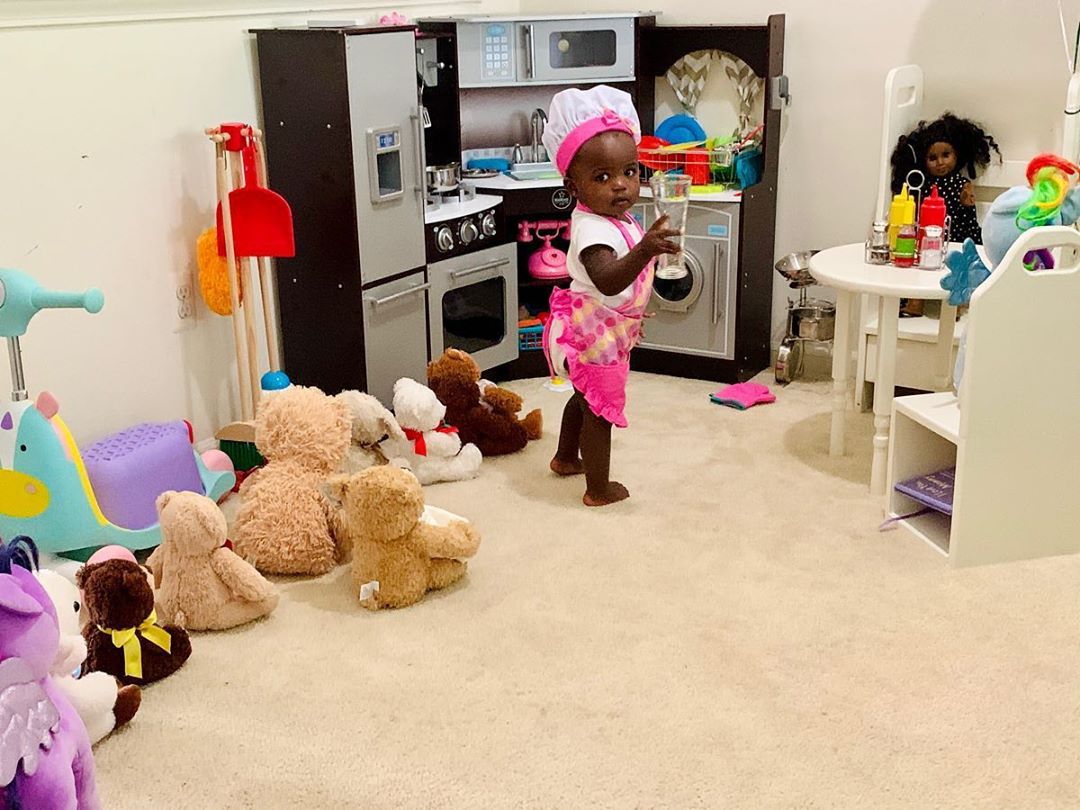 People all across the country – and plenty of stuffed animals – are loving this toddler’s adorable eatery.

A father’s hilariously honest review about his daughter’s pretend restaurant has given thousands of people something to smile about over the past two weeks, while also promoting a meaningful message about black-owned businesses.

On May 21, Christopher Kyle, who lives in Detroit, posted a photo of himself seated at a tiny table while his daughter, 18-month-old Ava, was preparing for service at her play restaurant called Ava’s Kitchen.

Kyle decided to write a very detailed account of the experience and found a clever way to weave hilarity into an important reminder.

“So I tried to support another Black Owned Business for lunch today. It’s called Ava’s Kitchen, just opened end of April. It’s a very clean establishment, but whewww let me tell you about this owner,” Kyle’s post began.

“First off, I asked why there are balloons on my chair, and it’s not my birthday? She talm’bout, mind yah business; those are Mommy’s,” he said.

In addition to the random balloons, Kyle said there were also some issues with delayed service.

“I been waiting on my order to get done for 45 minutes, and I’m the only customer here. She was making good progress at first, then she stopped for 20 minutes to go watch Paw Patrol,” he said, referencing the wildly popular animated series.

Kyle finished up his post on a more serious note about the importance of supporting businesses owned by African Americans.

“Overall the customer service could be better, but the cook is a cutie; so I’ll give her another chance. Let’s not give up on Black businesses so fast after one mistake,” he said.

After the post went viral (in two weeks, it’s garnered over 30,000 likes and 1,500 comments), Kyle soon posted an update, reflecting on all of the attention Ava’s Kitchen had received.

“Just pulled back up to @myavachristine Kitchen after she went viral this past weekend and whewww, she got a line down the block y’all!,” he wrote in the post accompanying a picture with a line of stuffed animals waiting for a table while the tiny entrepreneur presided over the kitchen in her chef’s hat and apron.

This week, Kyle shared a message of gratitude due to the overwhelming response he’s received since first posting about his daughter’s play eatery.

“God has placed this unexplainable favor on my life, that draws people and attention to whatever I touch,” he said. “I can already see that favor has been passed onto Ava; but her blessings will be 10x what God is doing in my life! She’s already touched lives around the world, and she can’t even talk yet! Just wait until you see what we do next!”