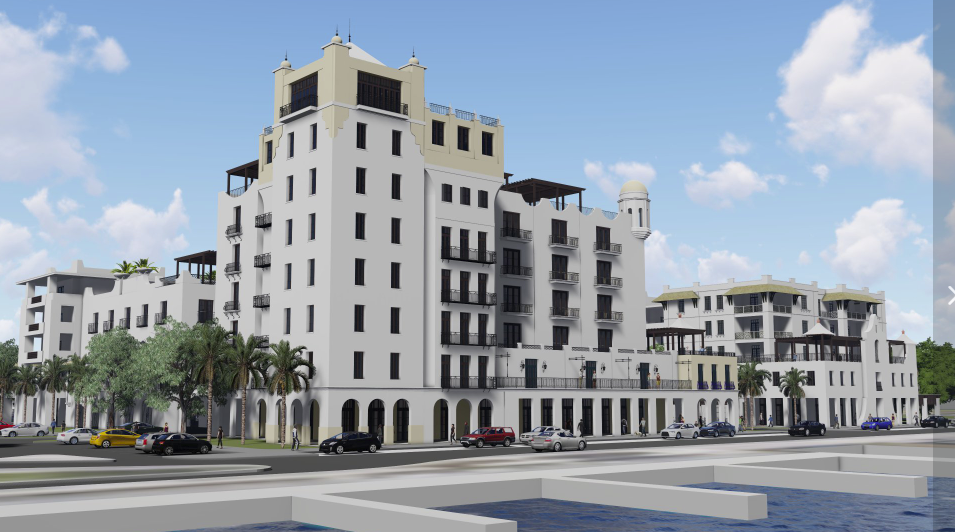 FORT PIERCE, Fla. — An $85 million development is being proposed on a 7-acre site of coveted land in Fort Pierce- the same site Virgin Trains is eyeing for their own potential use.

The CEO of Audubon Development, Dale Matteson, is proposing a mixed-use property for the H.D King site along Indian River Drive in Fort Pierce, calling it King’s Landing.

“Fort Pierce has that beautiful little downtown that’s just waiting to happen. So, we’d like to build an infrastructure, we like the spirit of fort pierce, we like the location of the land,” Matteson said.

Matteson said their upscale project would include the following:

The city of Fort Pierce and the Fort Pierce Redevelopment Agency sent out Requests for Qualifications in November of 2018. They received five responses by Jan. 23, 2019. Then, the FPRA created a shortlist to ask to submit Request for Proposals. The RFP shortlist consisted of Audubon Development, BH3 Management, Marina View Partners Holding and Virgin Trains USA.