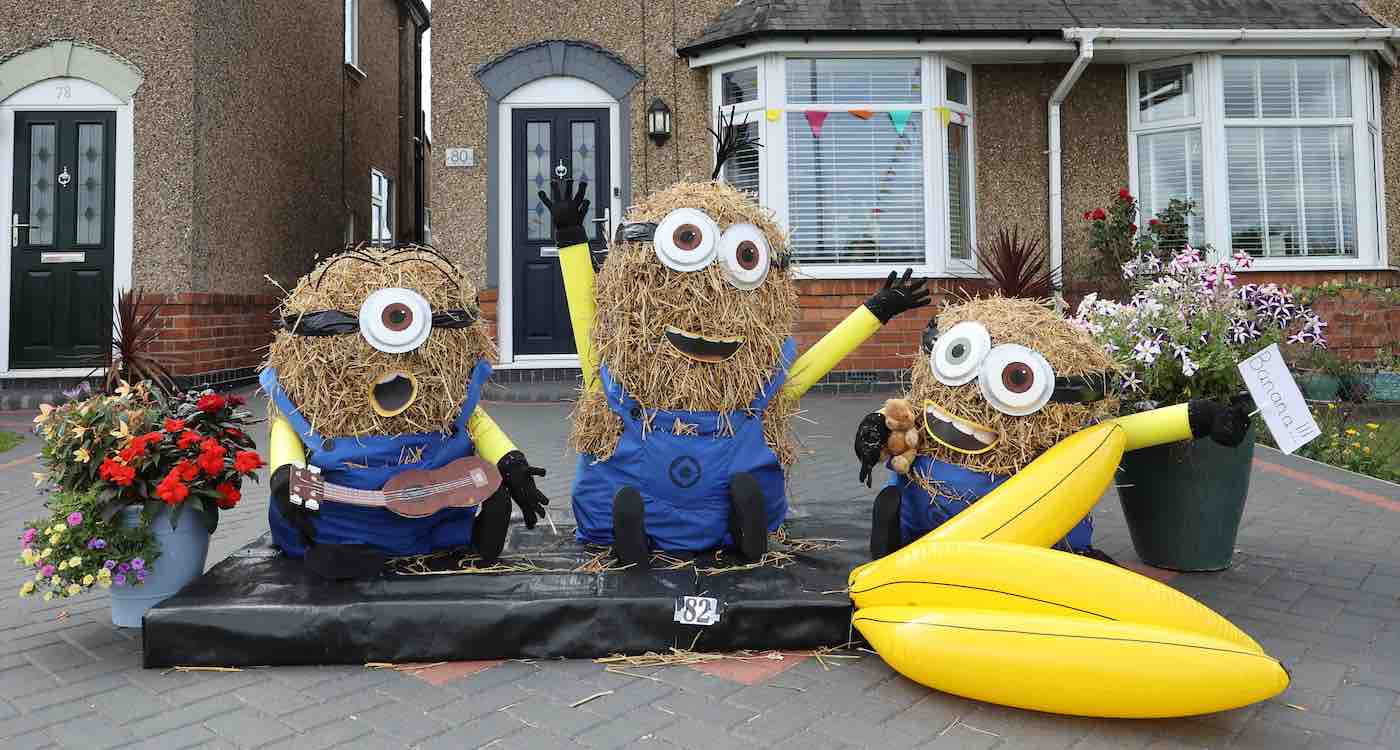 Thousands of people flocked to a little English village to see homeowners decorate their properties with comical creations as part of an annual scarecrow competition.

Resident have been turning heads with their weird and wacky scarecrows placed outside their homes in Brinklow, Warwickshire.

More than 80 incredible displays have been erected throughout the picturesque village, including non-fictional creations like Prime Minster Boris Johnson relaxing on a deckchair, and fictional ones like ET and Elliot talking off from a front garden in a bicycle.

Elsewhere, Spiderman can be seen dangling from one family’s tree while a giant pairs of legs stick out of another.

The Minions, Mr. Bean, Edward Scissorhands, Shrek, The Queen and the characters from the Wizard of Oz make up some of the other funny displays.

This edition of the Brinklow Scarecrow Festival was special and well anticipated, as it was returning for the first time in three years following the COVID-19 pandemic.

“It’s just a good bit of fun and after the last couple of years we’ve had that’s what we can all do with,” said 66-year-old resident Peter Cox.

“Everybody goes all out to create these wonderful scarecrows, a lot of time and effort goes into it and if I’m honest, people get a bit competitive too.”

“But it’s all part of the fun and its lovely to see so many people come from all over to see them in our little village.”

Visitors were also treated to flybys from a Royal Air Force Hurricane fighter jet and by a rare Lancaster bomber, as well as live bands and children’s rides.

It’s everything someone could want from a small town festival.

Now in its fourth year, the last event raised over £15,000 for charity.

SEE all the entries below…

SCARE The Bad News Crows Away With This Charming Village Festival…