Homeownership is the Top Contributor to Household Wealth 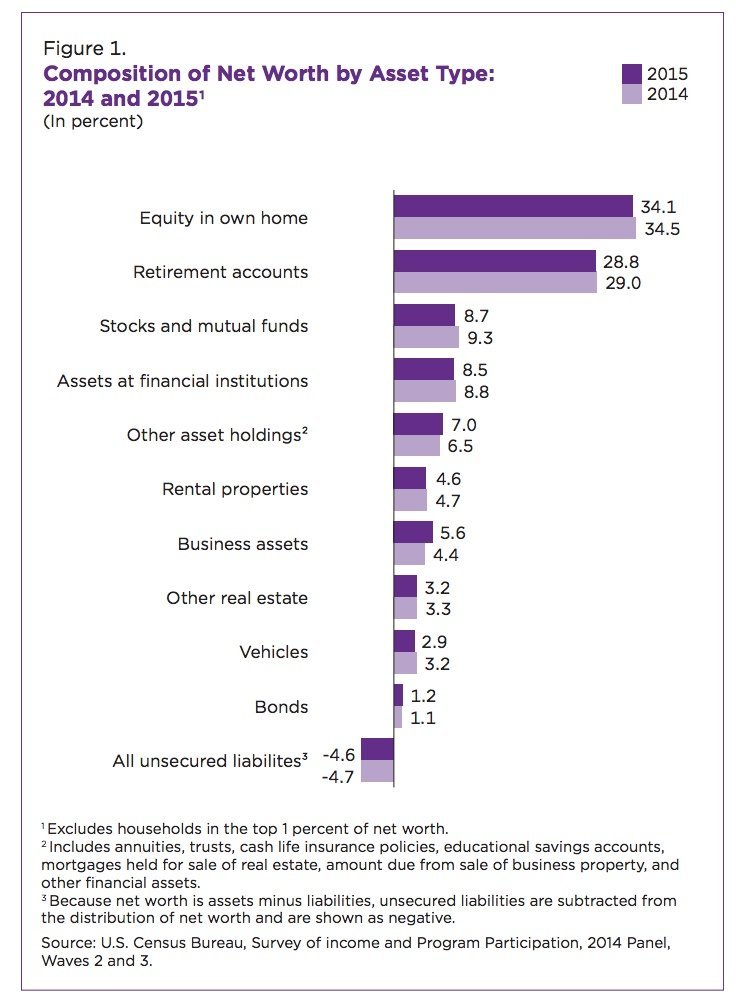 Two US Census Bureau researchers have determined that the biggest determinants of household wealth are owning a home and having a retirement account.  While that may not be surprising, the degrees of magnitude are.

Using data from the 2015 Survey of Income and Program Participation, Jonathan Eggleston, an economist, and Donald Hays, a survey statistician in the Bureau’s Social, Economic and Housing Statistics Division found that the wealth inequality between homeowners and renters is striking, with the former having median net worth 80 times that of the latter.  Further, they found wide variations in wealth across demographic and socioeconomic groups.  Given that the two are using 2015 data and with the rapid increase in home values since then, the degree of inequality today is probably greater.

The authors say net worth is an important indicator of economic well-being that provides insights into a household’s economic health.  For example, during financial hardships such as illness or unemployment wealth is a buffer.  It is measured by the value of assets owned minus the debts owned.  Therefore, net worth can be negative. Households in the top 1 percent of net worth were excluded from the study.

Source: Homeownership is the Top Contributor to Household Wealth