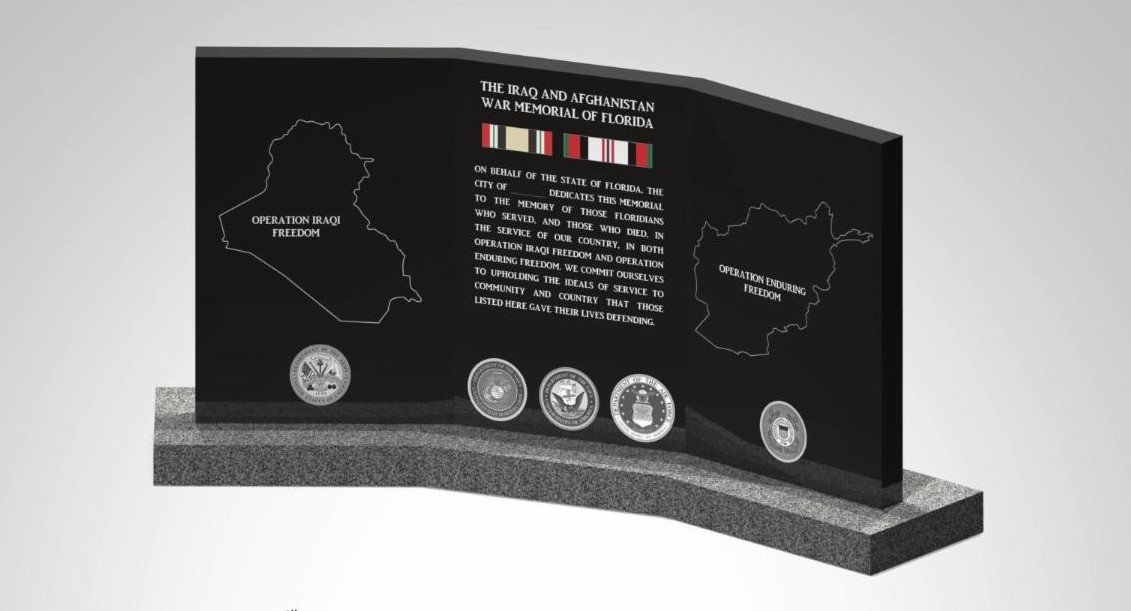 After surveying more than 50 potential locations across the state, the Iraq and Afghanistan War Memorial Foundation has chosen Port St. Lucie’s Veterans Memorial Park as the home for its new monument.

This monument will honor Floridians who served in our nation’s wars in Iraq and Afghanistan.  Made from India Black Granite (like the Vietnam War Memorial), this impressive monument will serve as an enduring reminder of the sacrifices made on behalf of our nation. When dedicated, it will be the only monument of its kind in Florida.

“There are some monuments in the state in honor of those who served in Iraq and Afghanistan, but ours will be unique because it will list Floridians who were killed in each war. There’s no other monument like it in Florida and possibly the United States,” said Steve Udovich, the foundation’s founder. “We believe Port St. Lucie’s beautiful Veterans Memorial Park is the best location in the entire state of Florida for this monument to honor these service members who made the ultimate sacrifice.” 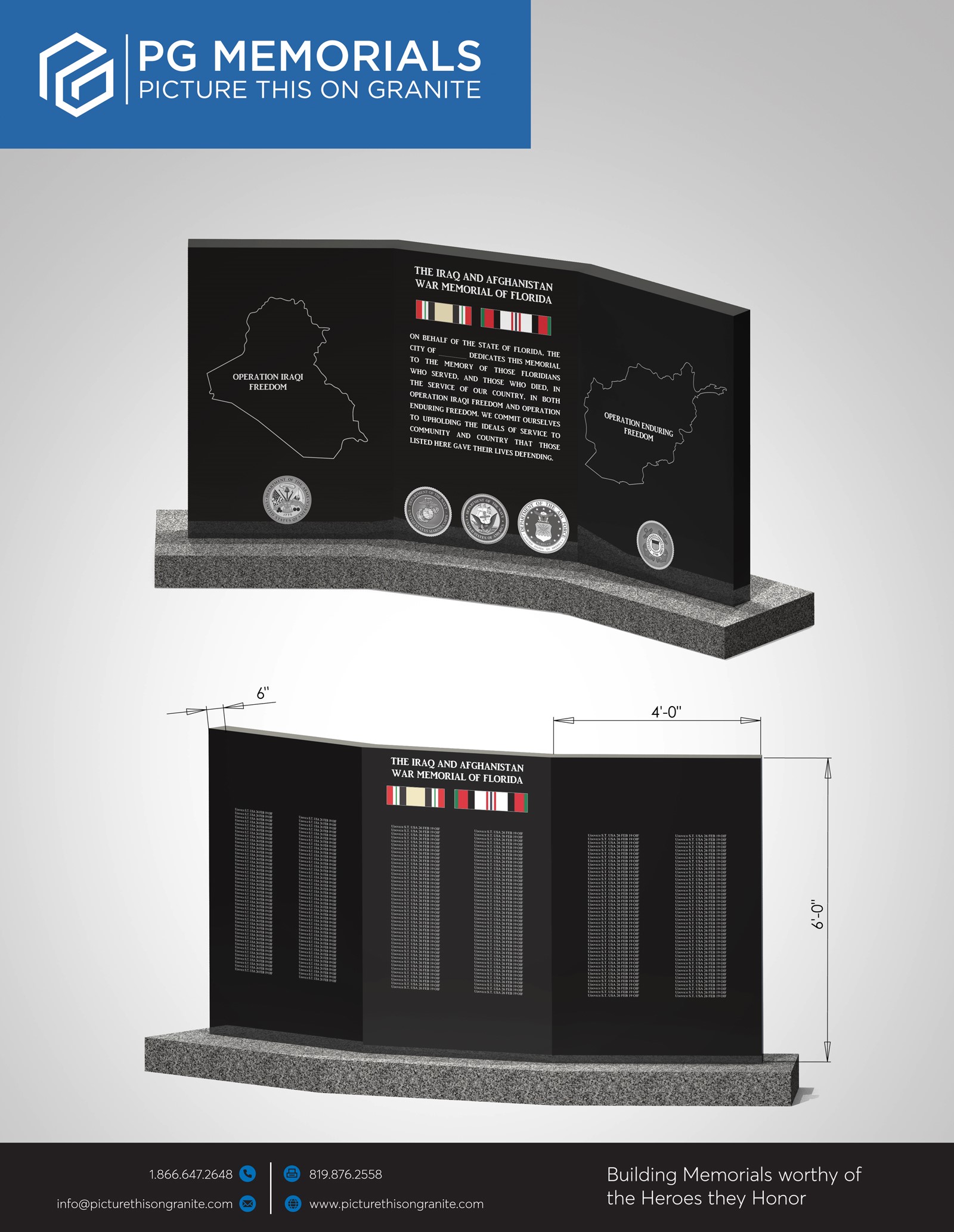 “Port St. Lucie is a veterans’ community. Our citizens truly appreciate and honor our veterans and those who gave their lives for our freedom,” said Veteran and Port St. Lucie Councilman David Pickett. “We look forward to working with the Iraq and Afghanistan War Memorial Foundation to bring this important memorial to our City.”

The front of the monument will include campaign ribbons, outlines of each country, and service emblems. The back will list 355 names of Floridians who were killed in each war. The Iraq and Afghanistan War Memorial Foundation takes pride in honoring the memory of Floridians who served, and those who made the ultimate sacrifice.  The Foundation intends this to be the first effort, then plans to duplicate it in other states, same design with state specific names.

Now that a location has been identified, the Foundation will start raising  funds in January to pay for the Florida monument. Those interested can find more information at www.IAWMF.org. The Foundation and City expect to dedicate the memorial in December 2023.