The Mind-Blowing Mathematics of Snowflakes 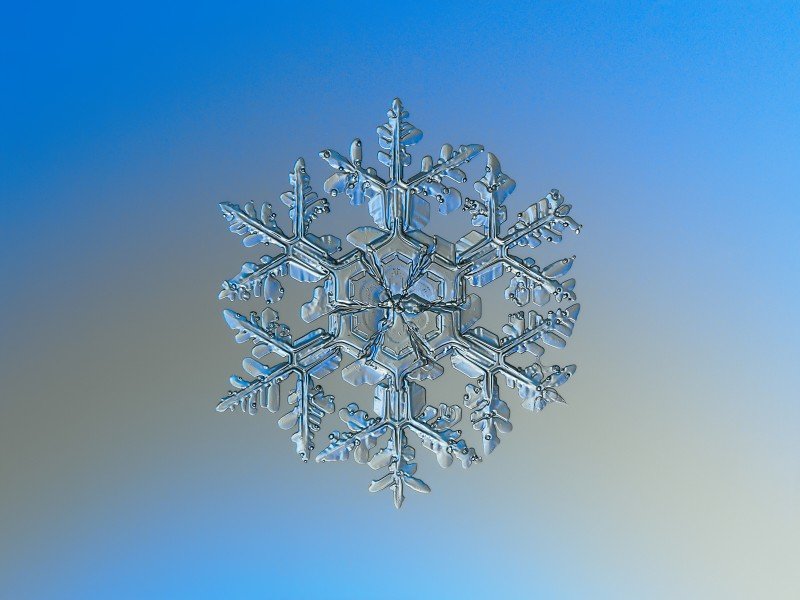 Whether printed on wrapping paper, made into ornaments, or sewed into festive socks, the figure of a snowflake is one of the most identifiable shapes you’ll ever see.

But why is the shape so unanimous, when it’s often said that no two are alike? Today GNN looks at some merry mathematics and festive physics to get the stone cold facts about the famous six-pointed snowflake.

Many people think that snow crystals, as they should be referred, are just frozen droplets of water. These would be sleet, and snow crystals are actually formed in a completely different way, and change as they fall from the sky.

Furthermore, all three forms of water, liquid, vapor, and ice, must be present in a cloud for snow to fall.

At the heart of all things chemistry, there is first a discussion of charges, in this case a positive and a negative charge. Two hydrogen atoms bind to one side of an oxygen atom, giving that part a positive charge, while the other side left lacking the hydrogen atoms is negatively charged.

The negative side than attracts an entirely separate water molecule, which eventually grows, in a liquid state, to form a four-sided pyramid of six water molecules. 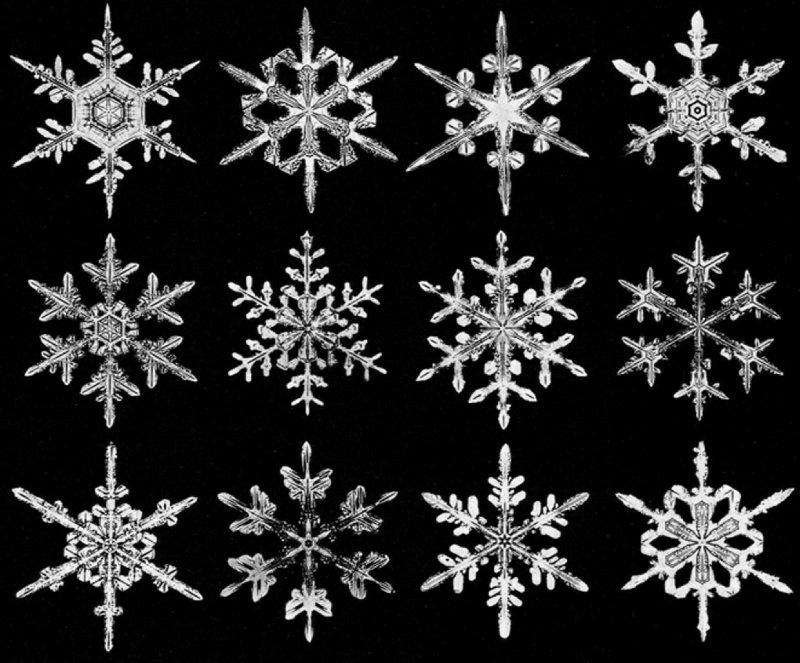 In this stage of the snow crystal-forming process, it could very well be that two indeed look the same, and there is no actual law of nature that would prevent two crystals from looking the same (in the winter of 1988, a scientist at the National Center for Atmospheric Research, Nancy Knight, took a plane into the clouds over Wisconsin and did indeed find two identical snow crystals).

From snow piece to show piece

It’s after this stage, when it becomes ice however, that a snow crystal will shift into a hexagonal (six-sided) formation and the immediately identifiable and beautifully symmetrical shape comes into existence. 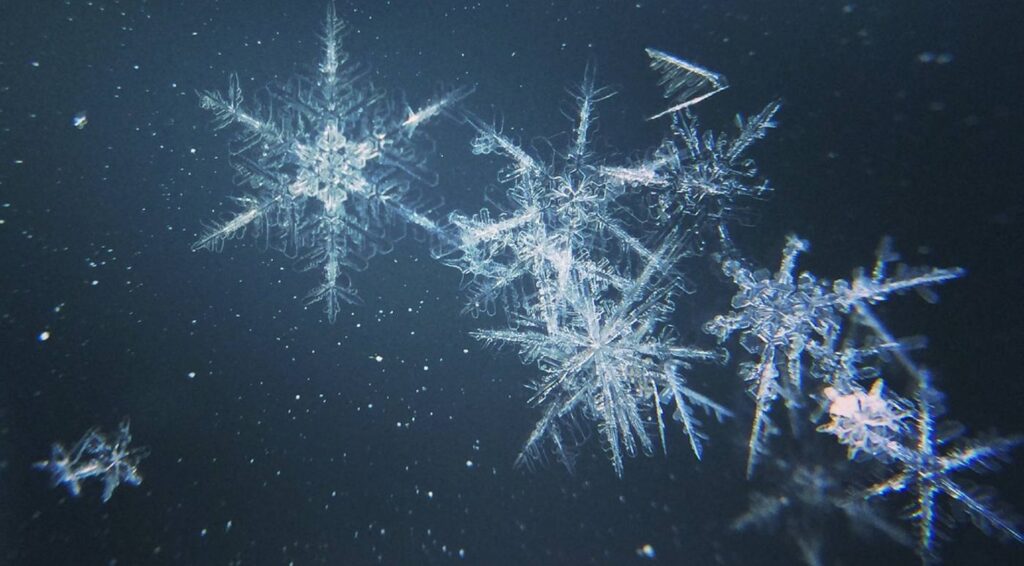 University of Manitoba researcher and mathematician Ranganathan Padmanabhan explains to his university press why a snow crystal is always depicted with six sides and six branches.

“Nature is the Mother of all symmetries,” he begins. “In fact, symmetry happens to be a central organizing principle in Nature’s design,” noting bee honeycomb before explaining that on a molecular level, a hexagon allows for the tightest packing of things into space, meaning that Nature is a thrifty sort.

As the snow crystal falls through the clouds and the sky, it collects water—liquid, vapor, and solid, which upon exposure to differing levels of humidity and temperature, begins to build up as it spins downward in a theoretically unending variation of trajectories and conditions, eventually forming the branches or arms of the snow crystal that essentially prohibit identicality among fallen flakes.

An interview with meteorologist David Epstein, published in the Boston Globe, explains how snow crystals can actually form pillars, needles, diamonds, and triangles under different weather conditions, but hexagonal formations which we all recognize have a very streamlined process.

Ranganathan Padmanabhan tastefully noted that “as Galileo once mentioned, mathematics happens to be the language chosen by God to express these basic facts of science,” adding that “group theory,” an important mode of fashioning descriptions, was developed to explain symmetry across physics, mathematics, and biology.

While they fall across the polar latitudes and higher altitudes, the beautiful snow crystals which blanket forests and houses in snow globe glory have another beautiful side to them—a beautiful symmetry, uniqueness, and mathematics.

PASS on the Knowledge and Share This Sparkling Story With Friends…