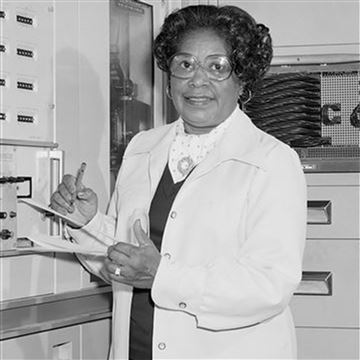 NASA has named its Washington, D.C., headquarters for Mary W. Jackson, the first Black woman engineer at the space agency. Her role and contributions were celebrated in the movie “Hidden Figures.”

Jackson “was part of a group of very important women who helped NASA succeed in getting American astronauts into space” and helped break barriers, NASA Administrator Jim Bridenstine said in a statement Wednesday announcing the honor.

Jackson, who died in 2005, was among those featured in the 2016 film about trailblazing Black women whose work at NASA was integral during the space race.

“Hidden Figures” was nominated for several Oscars, including best picture, and based on the book “Hidden Figures: The American Dream and the Untold Story of the Black Women Mathematicians Who Helped Win the Space Race” by Margot Lee Shetterly.

Jackson, a native of Hampton, Virginia, was recruited by the agency that preceded NASA, the National Advisory Committee for Aeronautics, in 1951, and worked in the West Area Computing Unit, which was segregated.

She later entered a training program to be promoted from mathematician to engineer — because the classes were held at a segregated location, she needed special permission, NASA said — and in 1958, she became NASA’s first Black woman engineer.

Jackson was an engineer for two decades. She joined Langley’s Federal Women’s Program in 1979 and “worked hard to address the hiring and promotion of the next generation of female mathematicians, engineers and scientists,” NASA said.

“We are honored that NASA continues to celebrate the legacy of our mother and grandmother Mary W. Jackson.” her daughter, Carolyn Lewis, said in the NASA statement.

“She was a scientist, humanitarian, wife, mother and trailblazer who paved the way for thousands of others to succeed, not only at NASA, but throughout this nation,” Lewis said.

Katherine Johnson, who was featured in the book and film and whose calculations helped synch Project Apollo’s Lunar Module with the lunar-orbiting Command and Service Module, died in February at the age of 101. She also worked on the Space Shuttle.