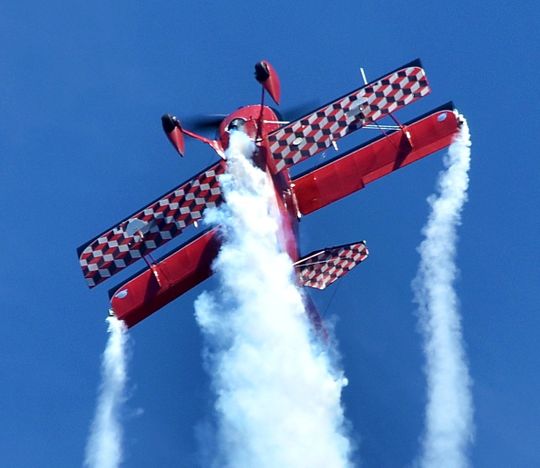 These three annual events attract big crowds, but there are other things to do on the Treasure Coast.

It’s the weekend of the big three on the Treasure Coast: the Navy SEAL museum’s Muster in Fort Pierce, the air show in Stuart and the clambake in Sebastian.

These annual events attract large crowds, but there are other fun things to do this weekend in St. Lucie, Martin and Indian River counties.

Check out a blues festival, a home brewing class, a cookie and local beer pairing, a horseback ride, a fermentation festival, an Indian River Lagoon cleanup and a scavenger hunt on bicycles.

The 33rd annual Muster and Music Festival is this weekend at the National Navy UDT-SEAL Museum at 3300 N. State Road A1A on North Hutchinson Island in Fort Pierce.

On Friday, happy hour with drinks and live music from The Humdingers is 5-8 p.m. Museum members can RSVP for a shrimp boil and barbecue dinner at 6 p.m. while non-members can buy tickets for $20 each.

On Saturday, the Muster 5K Run/Walk Beach Challenge is 8 a.m. Starting at 11 a.m. will be demonstrations by the SEAL parachute team known as the Leap Frogs. This will be followed by the keynote speakers, including a Medal of Honor recipient, a Navy SEAL tactical demonstration and a K-9 demonstration.  A Medal of Honor ceremony begins at 1 p.m. Plus, there’s live music with Kilt the Messenger and SoulJam, food trucks, alcoholic beverages for sale and a children’s fun zone.

On Sunday, the sunrise memorial service and ashes swim out begins 7 a.m.

Admission to the Muster’s outdoor venue is free. Admission to the museum is reduced for the weekend to $10 for ages 13 and older, $5 for kids 6-12 and free for kids ages 5 and younger and museum members. For more information, call 772-595-5845 or go to www.navysealmuseum.org/muster.

Listen to the blues

A brewing class from noon to 4 p.m. is first come, first serve and limited to 20 people. The cost is $5 per person and includes a pint of beer. The winner of the home brew competition will be announced at 4 p.m.

The Half-Baked Pints & Bites with the Royal Palms of St. Lucie is 6-10 p.m. Saturday at Sailfish Brewing Company at 130 N. Second St., in Fort Pierce.

Decorated cookies will be paired with Sailfish beers, and decorated cakes will available through a silent auction. The cost is $20 per person in advance and $30 at the door. For more information, go to www.theroyalpalms.com/halfbaked.

The 10-mile horseback ride takes participants through old Florida landscapes, lush cow pastures and wildlife at the ranch, which belongs to one of the first pioneer families to settle in St. Lucie County.

Registration is $50. Proceeds benefit the St. Lucie County 4-H Association. The ride is open to all riders older than age 5. For more information, go to www.facebook.com/slc4h.

The show includes design seminars from Home Decorating for Dummies throughout the weekend and advice from remodeling and home improvement experts. Admission is free. For more information, go to www.professionalshowmanagement.com.

Soar above the sky 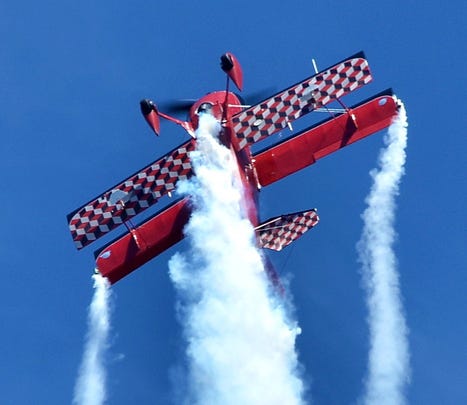 General admission is $15 in advance or $25 at the gate for ages 12 and older; $5 for kids ages 6-12, military members and veterans; and free for kids younger than 5. Limited spectator seating is an extra $8 per day. For more information, go to www.stuartairshow.com.

“We do what we like,” said Schooner Lily first mate Jamie Newhart (right), who along with husband and boat captain Fred Newhart, performed music for their guests Tuesday, Nov. 7, 2017 aboard the sailboat on the St. Lucie River in Martin County. The couple just began their 8th season sailing the Schooner Lily and offer three public sails every day, along with private charters. “I like sailing because you’re just going with the elements,” Jamie Newhart said. LEAH VOSS/TCPALM
Buy Photo
Fullscreen
Schooner Lily sets sail on the St. Lucie River

This year, sailing trips will depart mostly from Shepard’s Park. Also, the boat has updated seating. Sailing trips last about two hours and travel across the St. Lucie River. They depart at 11:30 a.m., 2 p.m. and 6:15 p.m.

The fermentation party from noon to 6 p.m. brings together the state’s most passionate fermentation professionals and enthusiasts for workshops, demonstrations, a fermentation market, a brew garden, a culture swap, a kraut mob and a fermenting competition.

Then, the fermentation feast is 6-9 p.m. inside Ground Floor Farm’s restaurant and features sourdough pizzas from the kitchen, a spread of creative ferments and fresh produce from across the state and free local beer. Plus, there’s live music.

General admission is $50 and includes access to the party and free beer in the brew garden. The cost of the feast is $25. Plus, there are VIP packages available. For more information, go to www.flfermentfest.com.

Bring your bike to travel across Hobe Sound for a scavenger hunt. Everyone will be split up into teams. The first team to finish everything on the list wins.

The cost is $20 for adults and $15 for kids and members of Hobe Sound Athletics. For more information, go to www.facebook.com/hobesoundathletics.

The dance showcases professional talent and provides an hour of contemporary dance. The nonprofit moved from Palm City to St. Louis earlier this year, but it’s returning to the area to continue the Dance for Food series.

Admission is a bag of unexpired, nonperishable goods. Last year’s series collected nearly 5,000 pounds of food that was donated to local food pantries. For more information, call 772-419-8778 or go to a4ac.org. 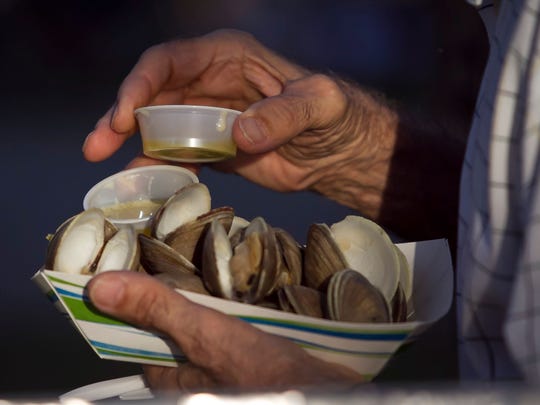 Admission is free. Tickets will be sold for food and shirts. Proceeds benefit local nonprofit capital projects. For more information, go to www.sebastianclambake.com. 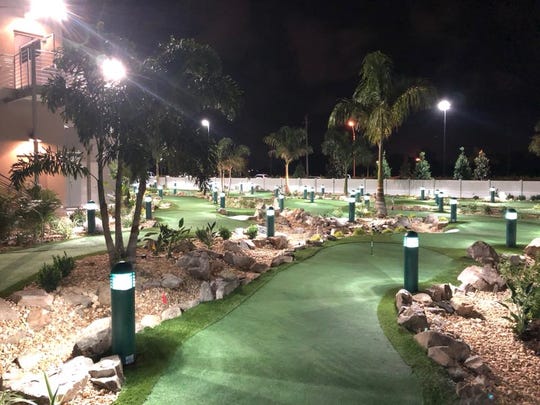 The grand opening celebration at BigShots Golf Vero Beach is Saturday at 3456 U.S. 1. The golf entertainment facility opened in September.

MORE: You can dine at new BigShots Golf in Vero Beach

Clean up the lagoon

The cleanup begins at 8 a.m. The final weigh-in is 1 p.m. The after party starts at 4 p.m. at Walking Tree Brewery at 3209 Dodger Road and includes a food truck, a silent auction, raffles and prizes. For more information, go to www.facebook.com/walkingtreebrewery.

The “Egging on the Sea Jelly” marine debris art is 10-11 a.m. Saturday at the Pelican Island National Wildlife Refuge at 4055 Wildlife Way near Sebastian.

Create jellyfish from repurposed egg cartons and Gasparilla beads, which are Mardi Gras beads recovered by divers from Tampa Bay, and learn about jellyfish, their life history and role in the food chain. Bring a plastic egg carton to use or donate. For more information, go to www.facebook.com/stellamarisresearch.

LAURIE’S STORIES: Explore Pelican Island afar for free or up close for a cost

Laurie K. Blandford is TCPalm’s entertainment reporter and columnist dedicated to finding the best things to do on the Treasure Coast. Read her weekly column, Laurie’s Stories, on TCPalm.com. Follow her on Twitter at @TCPalmLaurie or Facebook at faceboook.com/TCPalmLaurie.