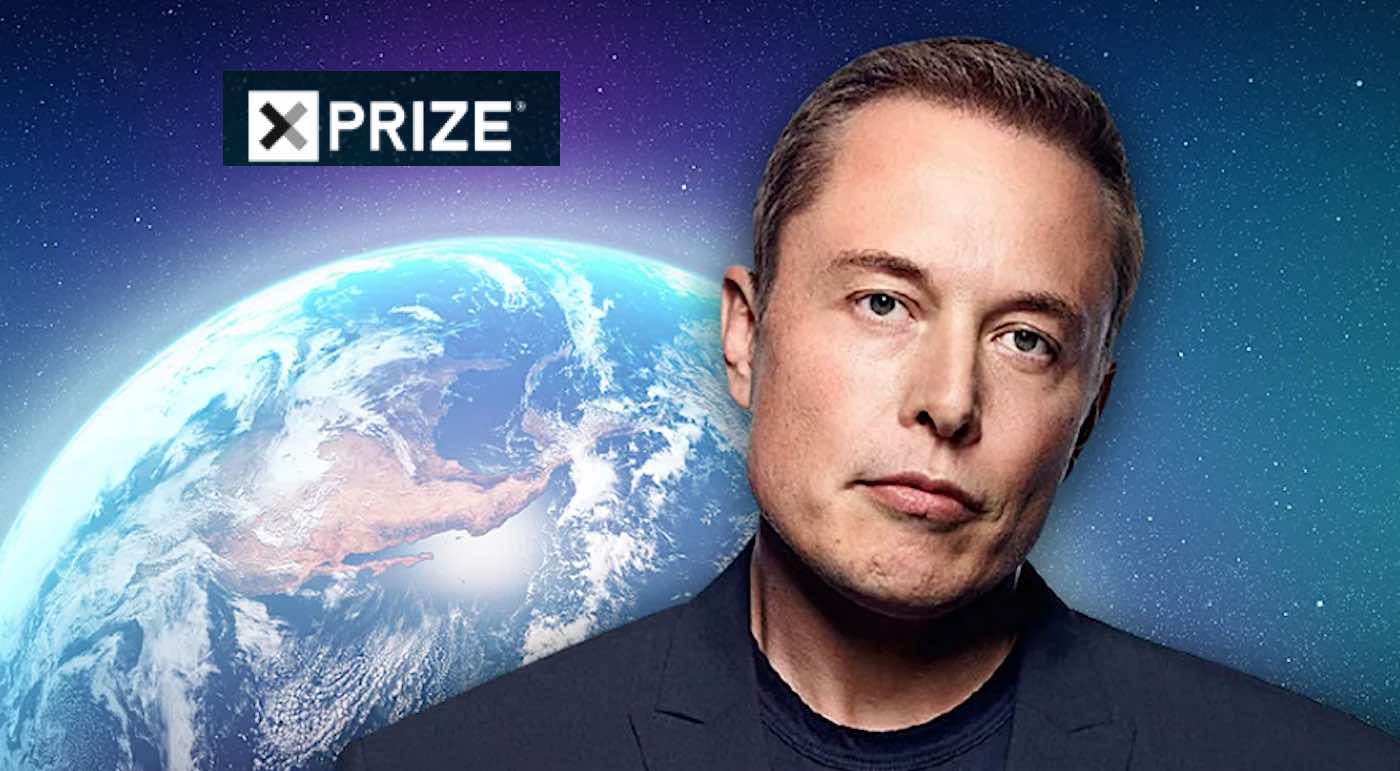 The largest incentive prize in history was announced this month to inspire innovators to develop and scale carbon removal solutions that combat climate change.

The nonprofit XPRIZE, which sponsors design competitions to solve humanity’s greatest challenges, will award $100,000,000 for the top 3 carbon removal innovations.

The contest, funded by Elon Musk is looking for the best solutions that can pull carbon dioxide directly from the atmosphere or oceans and lock it away permanently in an environmentally benign way. To win the competition, teams must demonstrate a rigorous, validated scale model of their solution at a level of carbon removal of 1 ton of CO2 per day, and further must demonstrate to a team of judges the ability of their solution to economically scale to gigaton levels.

The objective of this XPRIZE is to “collectively achieve the 10 gigaton per year carbon removal target by 2050, to help fight climate change and restore the Earth’s carbon balance.”

“We want to make a truly meaningful impact. Carbon negativity, not neutrality. The ultimate goal is scalable carbon extraction that is measured based on the ‘fully considered cost per ton’ which includes the environmental impact,” said Elon Musk, founder and CEO of Tesla and SpaceX. “This is not a theoretical competition; we want teams that will build real systems that can make a measurable impact and scale to a gigaton level. Whatever it takes. Time is of the essence

Peter Diamandis, the Founder and Executive Chairman of XPRIZE said, “We want to see them built, tested, and validated. We hope this XPRIZE will activate the public and private sectors to get involved in the same way that the $10M Ansari XPRIZE brought about the commercial spaceflight industry.”

“For humanity to reach the Paris Agreement’s goal of limiting the Earth’s temperature rise to no more than 1.5˚(C) of pre-industrial levels, or even 2˚(C), we need bold, radical tech innovation and scale up that goes beyond limiting CO2 emissions, but actually removes CO2 already in the air and oceans. If humanity continues on a business-as-usual path, the global average temperature could increase 6˚(C) by the year 2100.”

The full competition guidelines will be announced on April 22nd, 2021, which is also Earth Day. On that same day team registration will begin and the competition will last for 4 years through Earth Day 2025.

The $100 million in prize purses will be distributed in the following manner, under these guidelines:

A total of twenty-five $200,000 student scholarships will also be distributed to student teams competing.

Teams can submit entries across natural, engineer and hybrid solutions. Judges in the competition will evaluate the teams based upon four basic criteria:

“Our Earth’s changing climate is a fundamental threat to humanity. But it’s not too late if we take action NOW,” said Anousheh Ansari, CEO of XPRIZE. “By partnering with Elon and the Musk Foundation, the XPRIZE Carbon Removal competition is inviting the teams to make history and become our climate heroes by reshaping our future.

The group calls it a great fit for carbon removal because there are so many ways to pull CO2 out of the air and our oceans. “We expect to see approaches like engineered direct air capture, mineralization and enhanced weathering, natural solutions based on plants, trees, or ocean-focused solutions. We want as many viable scalable demonstrations now so we can all help the best solutions get to deployment as soon as possible.”