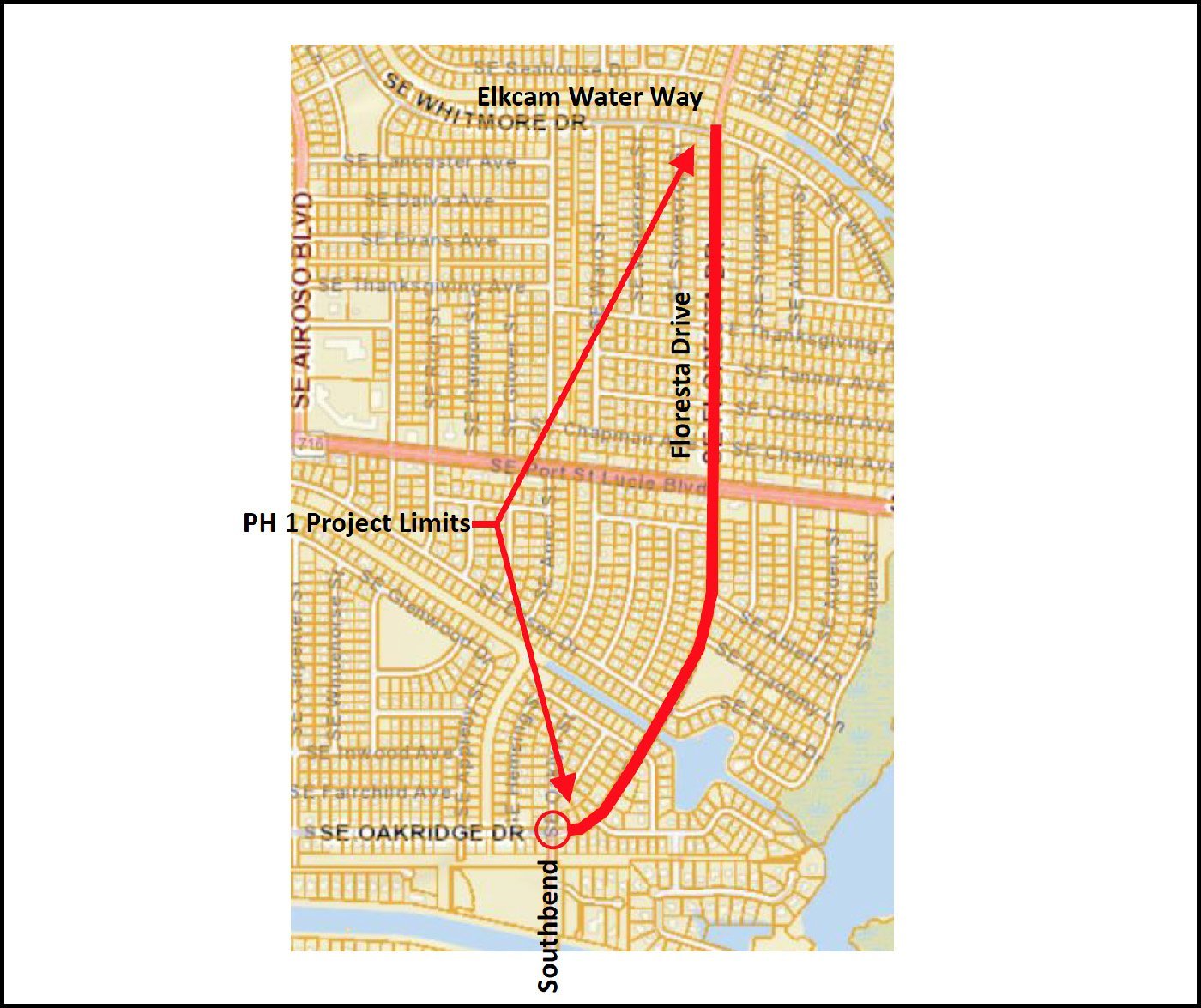 The Port St. Lucie City Council voted unanimously during an Aug. 17 special meeting to approve the first phase of a project to improve Floresta Drive between the Southbend roundabout near S.E. Oaklyn Street north to the Elkcam Water Way near S.E. Whitmore Drive.

Felix Associates of Florida was the lowest qualified bidder for phase one of the project, estimated to cost $11.087 million. Funding for improvements comes from the one-half-cent sales tax earmarked for infrastructure improvement projects.

Construction is expected to to commence the second week of September and be complete in approximately one year.

Council members have been planning for years to make improvements to Floresta Drive, Vice Mayor Shannon Martin said, and she suggested having a public ribbon-cutting ceremony sometime in the coming weeks to start the project.

Council members also voted to select the design of new bus stop shelters for the city from three designs selected by participants at a citizens summit conducted on Feb. 29. They settled on a design with herringbone panels in black and silver, constructed of aluminum, but with a Victorian-style peaked roof.

The estimated price for five shelters is $65,675, not including the cost of constructing the concrete pad base, which is estimated at $15,000-$20,000, depending on the site conditions.

In other business, the council approved a plan to provide up to 2,000 Wi-Fi hotspots to needy families in the city so their school-age children can choose to study at home during the COVID-19 pandemic.

The $804,000 to fund the devices comes through the Florida Housing Corporation from money that was provided in the $2.2 trillion Coronavirus Aid, Relief, and Economic Security (CARES) Act passed by the U.S. Congress in March. This particular funding was included in grants that were earmarked for housing costs related to the pandemic and has to be spent by Dec. 31, said Port St. Lucie City Manager Russ Blackburn.

Approximately 85 of the Wi-Fi devices will be provided to each school in the district, with another 200 available to home-schooled students and students who study at schools outside the district, Blackburn said. Approximately 50% of students in St. Lucie County have chosen to study online this coming semester, he said.