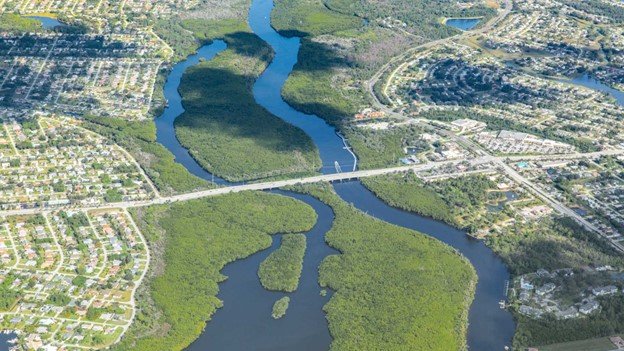 These are the 10 most overvalued housing markets

Housing costs have skyrocketed across Florida, as out-of-towners flock to the Sunshine State in search of bigger houses, more outdoor recreation and a better quality of life amid the coronavirus pandemic.

The population increase has culminated to a piping hot residential real estate market as buyers vie for properties in high demand but low supply. As a result, some native Floridians are being outbid or priced out of the state entirely.

The statewide single-family median sale price in April was $410,000, up 21.8% from the previous year, according to data from Florida Realtors. Some areas are experiencing even starker increases.

Where are the most ‘overpriced’ housing markets in Florida?

Moody’s Analytics dubbed housing as more than 20% overvalued in nearly two dozen Florida metropolitan statistical areas and divisions. The Treasure Coast neared the top of the list, with Port St. Lucie and Vero Beach-Sebastian homes overvalued at 42% and 40%, respectively. Homosassa Springs topped the list, where homes are 57% overvalued.  Hover over the cities to view the data:

Two dozen Florida metropolitan areas are considered overvalued, according to financial services company Moody’s Analytics — and a majority are overpriced more than 20%.

Here’s where the most overvalued housing markets are statewide, as of the first quarter this year. It’s no surprise that coastal areas top the list.

The Homosassa Springs Metropolitan Service Area (MSA), encompassing Citrus County, clinched the No. 1 spot at 57% overvalued. It was also the fourth-highest ranking nationwide.

Rounding out Florida’s Top 10 most overpriced markets include:

The data analyzed the difference between the actual house prices and the “fair value” prices consistent with household incomes and construction costs, said Mark Zandi, chief economist at Moody’s Analytics.

That means an area is dubbed “overvalued” if house prices in the area have risen significantly above the key factors that determine a home’s value.

Both Treasure Coast housing markets landed a spot among the state’s Top 5 most overvalued, with the Vero Beach-Sebastian MSA ranking fourth and Port St. Lucie’s MSA — encompassing both Martin and St. Lucie counties — right behind.

It may not shock residents, as prices continue to reach record highs throughout the tri-county region. In April, median single-family home sale prices all peaked at:

Though Moody’s Analytics examined the residential market, others have also reported similar findings for the Treasure Coast’s rental market.

Rentals in the Port St. Lucie MSA are the sixth-most overvalued nationwide, according to a project jointly produced by Florida Atlantic and Florida Gulf Coast universities.

The area had an average rental price of $2,266, about 16% more expensive than what it “should be,” researchers found.

What does this mean for Floridians?

These price hikes are troubling for Floridians for a few reasons.

Though industry professionals predict the market will stabilize eventually, as it always has, these higher home prices could continue for some time. But as it slows, homeowners won’t capitalize as much.

“Floridian homeowners are much wealthier given the surge in house prices in much of the state, but not quite as wealthy as they may think,” Zandi said. “It will be tougher to trade up to another more expensive home, or take equity of their home to help finance their spending.”

Moreover, many middle-to-low-income residents and first-time homebuyers are locked out of the market, Zandi said, unable to not only front these high sale prices but increased mortgage rates and homeowners insurance.

Moreover, property insurance policies are expected to increase 30-40% this year because the Legislature did not pass multiple bills intended to alleviate skyrocketing premiums statewide.

Is the real estate market cooling?

Though real estate experts predicted 2022’s market to be similar to that of last year, these continual price hikes may cool it down.

These increases in mortgage rates and homeowners insurance could significantly affect a homeowner’s monthly payment when home prices are as expensive as they are now, and push affordability out of reach.

“Florida homeowners should prepare for much slower house price gains, or even some declines in some parts of the state, for the next several years,” Zandi said.